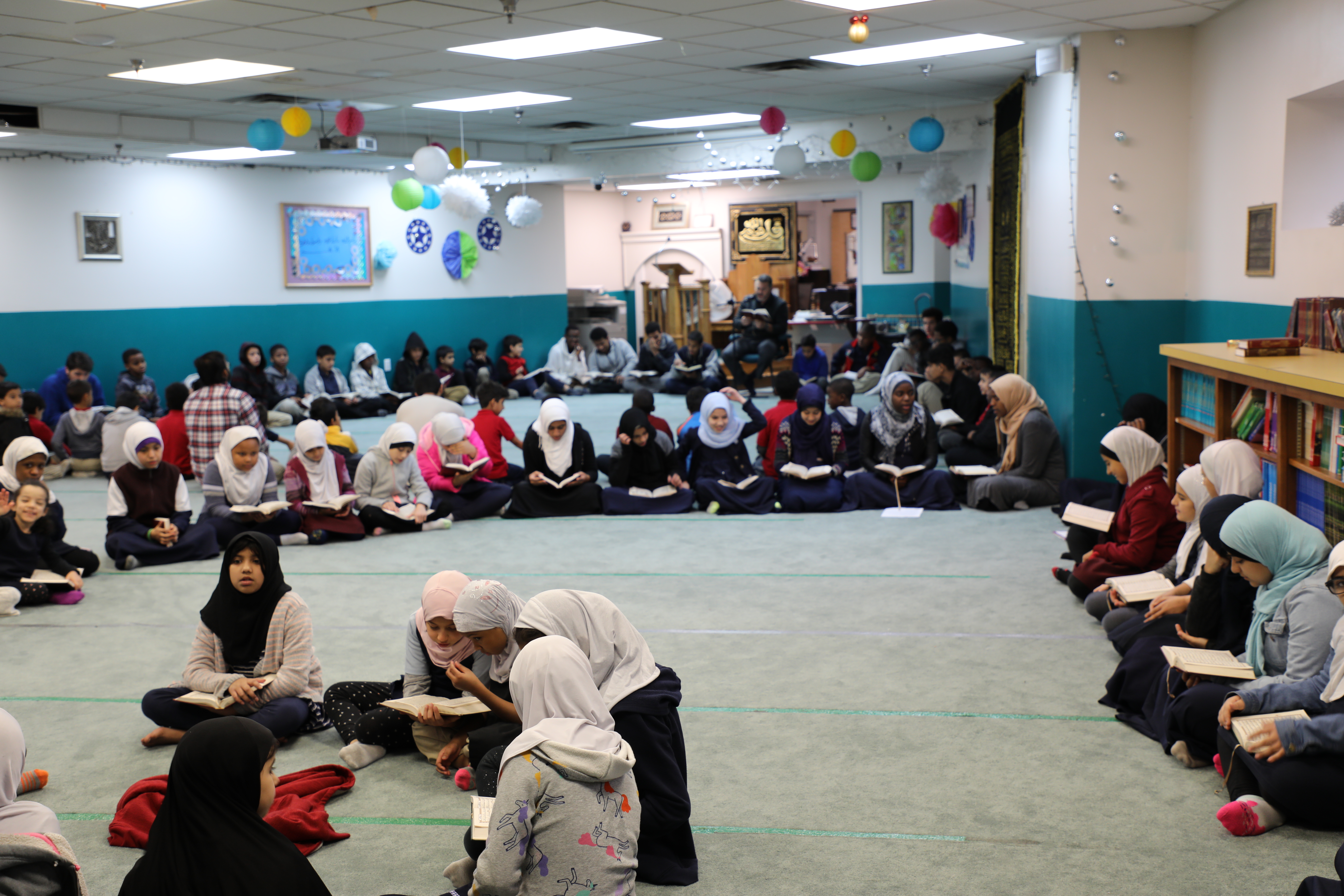 The Qur’an memorization program at Legacy Learning Center was founded by  Sheikh Tawfik Choukri back in early 2002. Over time the program has successfully evolved into a full-time endeavor and an extracurricular program for students seeking proper and authentic styles of Qur;an memorization. In 2008, the Indianapolis Institute for Qur’an memorization was founded. The success of the program was immediate with 18 Huffadh having graduated until today, with many more on the way inshaallah. These same Huffadh have turned into leaders of the community by delivering khutbahs and leading Taraweeh prayers.

Alhamdulillah, besides the institute there are many other similar Qur’an memorization programs across the city of Indianapolis. However, one unique element that separates the Indianapolis Institute of Qur’an Memorization program form others is the instruction methodology. Conducted and taught by Sheikh Tawfik Choukri, this program is perhaps the only program in the nation which combines unique style of teaching seven different recitation methods to its students. Sheikh Tawfik Choukri has the Ijaza and Sanad to teach seven different Qiraat,(recitation) of them Warch from Naafi’ and Hafs from Aasim  riwaya, which are more well-known nowadays in many Muslim communities in the U.S.  Sheikh Tawfik spent 4 years to obtain his Ijaza and Sanad in recitation of seven different Qiraat from many prominent scholars of al-Sham.

What are Sanad and Ijaza?

Ijazah is permission of an authority to the student for a particular discipline after deeming the student fit. It may be given orally or in written form, while contemporary scholars advise that it be written. A sanad is the chain of authorities which links the teacher to the source of a discipline. It is given to a student after qualifying at the hands of the teacher. If a student receives a sanad from his teacher then it includes an ijazah but if he only receives an ijazah then it would not necessarily include a sanad! Many who qualify from institutes only receive ijazah which is not accompanied by a sanad.

Sanad is a list of authorities who have transmitted a report (hadith) of a statement, action, or approbation of the Prophet Muhammad (saw), one of his Companions (Sahabah), a Successor (tabi), or of a later authority; its reliability determines the validity of a hadith. The sanad precedes the actual text (matn) and takes the form. This system of isnad, a personal rather than institutional certification has served not only for hadith, but also for transmission of texts of any kind, from history, law, or philogy to literature, mysticism, or theoulogy, including the Quran and its related sciences. The sanad of a long manuscript as well as that of a short hadith reflects the oral, face-to-face, teacher-to-student transmission.

An ijazah is a certificate used primarily by Scholars to indicate that one has been authorized by a higher authority to transmit a certain subject or text of Islamic knowledge. This usually implies that the student has learned this knowledge through face-to-face interactions “at the feet" of the teacher. In a formal, written ijazah, the teacher granting the certificate usually includes a sanad containing his or her scholarly lineage of teachers back to the Prophet (saw), a later admired sheikh, or the author of a specific book. This sanad is his link through which he transmits a hadith, a book, a discipline etc.

Assalamualaikum. As you know, the after school Qur’an program has been successfully running for many years now and your support and Du’a have always remained important. However, in an effort to make the class more organized, we have broken the class into groups to better monitor student progress. We are sending out this letter to ensure you are kept up to date with the new policies, as well as remind you of old ones:

Behavioral issues will be more closely monitored and documented. If students misbehave:

Students MUST be picked up precisely at the time Qur’an Class ends 4:15 pm; beyond this time parents will be responsible for their children if the children are still at Legacy. The Qur’an Institute and its staff will not be held responsible for any incidents or injuries that occur before or after the Qur’an Class period. This class is specifically designed to help motivated students memorize the Holy Qur’an it is not meant for disciplining or babysitting children; this is the responsibility of the parents.

It takes a community to raise a child, and we hope you will support us in our efforts to help the children. We ask that you please sign and return this paper, signifying that you have read and agree with the above.

Please Fill out the Application Form

CLASSES
Classes are held Monday to Friday from 4:00 to 5:15pm

REGISRATION
The memorization program is open to all full time students. All the students must be registered and have a completed application form on the file. Please see Sheikh Tawfik for questions.

COMMITMENT
As students who are working towards memorizing the Book of Allah, all students are expected to take the program seriously and to have proper ADAB (Islamic manners) with All, Allah's Book, the teachers and fellow students. In addition, as memorization requires time and effort from both student and teacher, students are expected to work daily on their memorization, making memorization and review a part of their daily activities. Students are expected to come to every class session on time with all assignments completed, and with their book, notebook and a pencil. Students who come unprepared will be sent home. Inappropriate behavior, continued absence and delay or general lack of commitment by student may result in removal from the program.